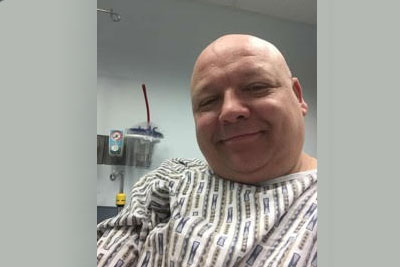 I’m one.
One in one hundred. Or, at least I thought so. That is, until…

Late one March night in 2012 as I lay in bed, I was fighting a constant cough, what I had assumed was a result of allergies brought on by an early Spring. However, as I sat up in bed coughing, I grabbed my chest. That is when I discovered it. A lump, near my breast, and for some reason, I knew. I woke up my wife telling her I found a lump on my breast, she being such a pleasant person to wake prior to her required 8 hours, sarcastically said, “Oh yes, you’ve got breast cancer and I have prostate cancer.” Fortunately SHE did not, as that discovery would’ve definitely changed some dynamics in our marriage. Unfortunately, it turned out I did have Breast Cancer…and I am a guy!

I started telling everyone that Breast Cancer saved my life.

It did. I was scheduled for a radical Mastectomy of my left breast, and during those pre-op testing, it was determined that I would have to have open-heart surgery too. So in just 3 short months I had 2 major surgeries.
And while I easily came through the Mastectomy without any complications, the tamoxifen I was placed on afterwards did. It drove my triglycerides to levels of 8115, which my doctor described as “industrial strength”. So after determining that the tamoxifen was the probable culprit, my Oncologist stopped it, and that was the last time I was on any BC prevention medicine. It still amazes me, that I was being treated as a woman, and even now, I still am. 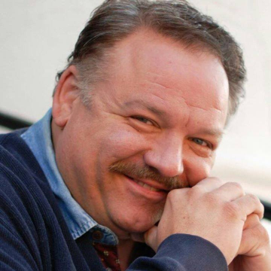 It never crossed my mind that the Cancer would not return, somehow common sense directed me to the reality that it only takes one cell to grow elsewhere. What did surprise me, was how quickly it manifested. Let me explain. At Christmas 2015 I went to the doctor with a severe cold, turned out to be pneumonia. So I was placed on an antibiotic and of course the x-rays of my chest to define the severity. In just 4 weeks, the end of January, 2016, the pneumonia was gone…and follow-up X-rays proved my lungs were clear as the cold-winter’s air. Six weeks later, I had scheduled a very simple skin-tag surgery, and as a routine they insisted I have chest x-rays, even after I had told them I just had them done less than 6 weeks earlier. Good thing. They came back with abnormalities, and I knew immediately that my cancer had returned.

My Oncologist ordered a MRI immediately. I’m an artist. And because of the way my mind works I tend to be a very visual person, and consequently, so does my description of what my scans looked like. If you look at a scan the Cancer lights up…and if you were to have viewed my scans it would be similar to this: Imagine what a deciduous tree (the ones with leaves), looks like, the shape they make. Now, pretend that that’s the same shape of my lungs. Now to fully understand how infected I was, how many tumors I had, imagine those tree leaves were tumors. That’s how many I had…so many you couldn’t count them, and believe me I tried. I was told by a medical friend, to go home, get comfortable and basically wait to die.
I decided immediately that would not how I was going to die…in fact, I decided to live.

Being a man with Metastatic Breast Cancer really hasn’t impacted my life, it is more accurate to say it has consumed me! Not that I think about being Metastatic all the time, I tell everyone I limit my MBC thinking to no more than 10-12 thousand times per day! I jest. But somedays…ugh!

On a more serious note, I know I feel as though “living life” is somehow more real, more valuable, and consequently my reality has given me back so much more, and I find I want to share, I must share.

It definitely changed my life, but honestly I say this, without hesitation, my life is fuller, more complete. Now, while I would never wish this disease on anyone, I do feel incredibly blessed because of the amazing revelations I have had from my experiences. As I continue to meaninglessly meander through the paces of metastasis I carry a bag-full of this delinquency we know as MBC, and I am encouraged. 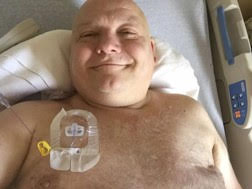 To be exact this was the email of my diagnosis: Final path from the lung biopsy is ER/PR positive and HER-2 negative same as original so it is breast cancer mets to lung and may be to L4 vertebra.

I’m a man, a son, brother, nephew, husband, father, grandfather, & friend. I am an artist. I am spiritual person who gives everything I am to God. And I love my life. No, not because of being Metastatic, no never! But, because I have learned a lesson of cherishing my time, times with friends, and times that linger a little longer with family. I treasure me, my time, my times shared, and I revere every moment. Simply stated, I love life, and I love living life. I love who I have become, and I doubt that I could’ve, nor would’ve, ever been to this place, without you.

My fellow advocates are forever part of my life. You are special in my heart, and I love each of you for the incredible opportunities we’ve had together sharing & caring because of this nasty MBC.

Lastly, I want to share with you the first words my wife and I shared with each other upon discovering that I had become Metastatic. She looked at me with scared tear-filled eyes and asked, “How will we ever plan anything, how can we live?” I quickly and without hesitation responded with a question, “What did we do yesterday? We’re going to keep on living…” And, honestly, at that point in time I had no idea how true those words would prove, but they are truer today, because I have chosen to do just that, live.