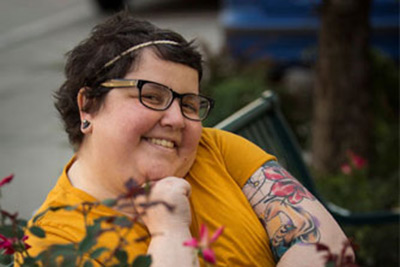 Hey world, my name is Emily! I was featured here. Last October, 2.5 years out from my original breast cancer, diagnosis at the ripe old age of 29. A lot has changed in one year. First diagnosed with breast cancer, I had to give the doctor my medical history. When I was two years old I had a tumor on one of my adrenal glands. I had surgery to remove the tumor (as well as most of the adrenal gland) as a toddler. 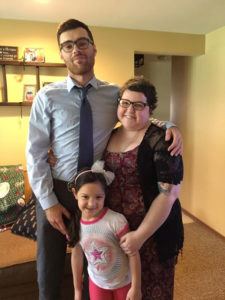 When I was diagnosed with breast cancer before treatment and surgery started, I had to get a bunch of medical tests done just for baseline statistics. One test was an MRI of my brain. I thought my two-year-old tumor was a total fluke, but apparently my body has been loving the tumor production occupation. Turns out, I had a brain tumor as well as breast cancer.

My oncologist is a genius and suspected from my history that the breast cancer, brain tumor and the adrenal tumor might be related..
Her first thought was to test me for Li-Fraumeni Syndrome (LFS) which is something not many people know about including myself at the time.

It is apparently a very rare genetic mutation and that means the mutant (that’s me) is at a much higher risk of multiple cancers. It can happen at any age or piece of this body for me. The brain tumor was benign at the time. So I went through all the breast cancer treatments necessary first (go back and read last year’s story) and had brain MRIs every six months. 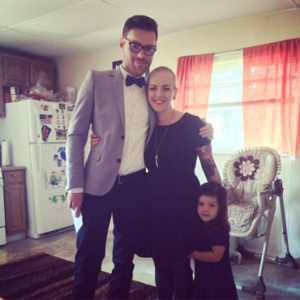 This past January I started having mini seizures. I had just had a stable brain MRI in August 2016 and wasn’t due for a follow up until February 2017. In January my brain MRI revealed the tumor had expanded for the first time in three years. I was due to have my last breast reconstructive surgery so I went forward with that and then scheduled a brain biopsy for the following week. The biopsy, once again, came back as a benign tumor but they scheduled me to have actual brain surgery just 6 weeks later.

Before brain surgery the doctor explained that I was at risk to lose my vision, memory, understanding abilities, translating, proper use of language and/or could be paralyzed on the right side of my body (all limbs included). I would need to stay awake during the surgery to respond to the doctors.The surgery went well but twenty percent of the tumor still remains in my brain due to its location and attachment to major arteries.

After the surgery I was in ICU for 2 1/2 days not making sense at all. I returned home in five days and started on mixed up medications that cause me to gain over 70 pounds having pretty consistent hot flashes and pain. Currently, therapy, doctors appointments and rest make up my days.

I have been able unable to work drive or take care of my family since my surgery five months ago. It has taken the last five months to finally be off the steroids which helped my brain heal a lot but caused a lot of issues with my body. I’m the number one side effect receiver. I catch them all. 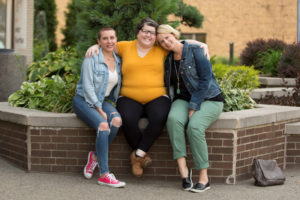 Because the brain tumor is still in there it will grow back more at some point during my life. It is low grade and still growing but because of my mutation it has a greater chance of coming back cancerous. It has taken me a long time to become accepting of this huge life change but I have an incredible family, friends and support groups.

They can get all of us (cancer patients/ mutants) through the hardest parts of life! I will keep living this life the best I can! 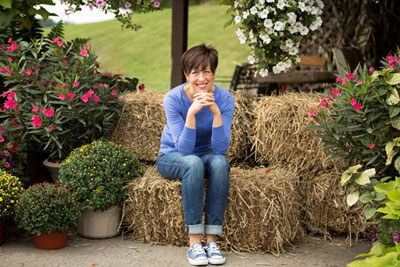 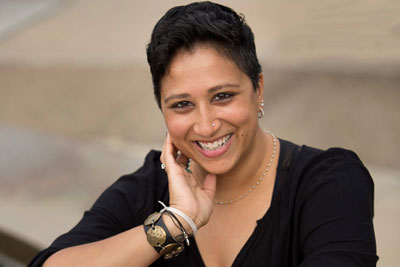