My husband and I had just celebrated our first wedding anniversary, October 11th, when I found the lump. Smaller than a pea, I couldn't be sure of what I was feeling. And I had just turned 27; surely it couldn’t be anything to worry about. I had my annual check-up with my OB/GYN scheduled in a few weeks, and figured that if it was actually "a lump," the lump, the doctor would flag it. He didn’t, and so I decided to ignore it. Over the next six months, my less-than-a-pea, "maybe a lump but probably not lump" grew into a kidney-bean shaped mass, and I started to have episodes of debilitating pain in my breast, like someone was inserting a white-hot needle under my skin. By March, I was positive that I could feel a mass, and my skin was beginning to pucker inward.

The week before my best friend's wedding, I scheduled another appointment with my OB/GYN to have it checked out. They had an opening the next week, so I agreed that when we came back from the wedding, I would come in. I spent the next week trying desperately to ignore the fear and anxiety that maybe this wasn't nothing, and instead celebrate my friend and her new husband. I was her maid of honor, and everything was beautiful.

We came home, and I went to see my doctor, who gave me a cursory physical exam and dismissed me, stating that they "never see anything bad in 20-somethings," but that he would have me get an ultrasound just in case. I was so embarrassed to have made a big deal out of nothing that I almost didn't have the ultrasound; my husband convinced me to do it, in the end. I scheduled for the next day. 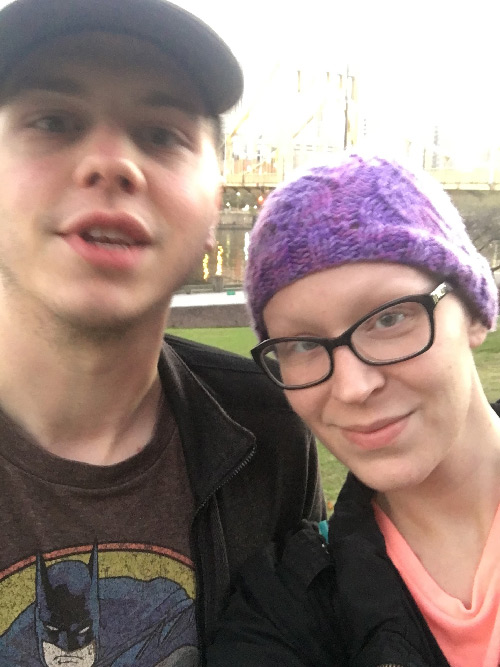 I'll never forget the doctor's face when he came into the exam room, where I was flat on my back, covered in ultrasound jelly. As soon as I saw him, I knew. He showed me the ultrasound and explained that the dark mass I saw was probably not a cyst; it was fibrous, not fluid, and irregularly shaped. This man I had never met showed me more compassion in two minutes than a doctor I'd been seeing for years. We scheduled a biopsy for the next week.

At 8:00 a.m. on April 15th, on my best friend's birthday, I got a call. "It's not good, kid". He didn’t say that I had cancer. He told me that it would be "a rough couple months," but that I would get through it. He believed in me. After that, the months until June were a blur of endless doctors' appointments, blood work, genetic testing, and trying to decide whether or not to incur the price of fertility preservation (and then actually going through the hell that is fertility preservation). I found out that I carry two genetic mutations, BRCA 2 and CHEK2, which both increased my likelihood of developing not only breast cancer, but other reproductive cancers, as well. I had a MammaPrint done, which was fairly new at the time, and the results decided for me – I would have six months of AC/T neoadjuvant chemotherapy followed by a skin-sparing bilateral mastectomy. My BRCA 2 status made it highly likely that my unaffected breast would become cancerous later in life, and my oncology surgeon highly suggested removal. 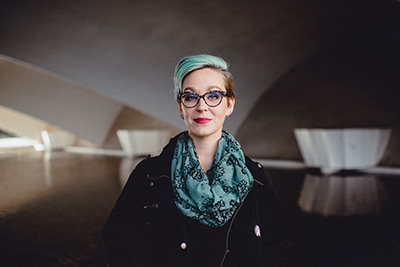 Through all of this, even though I had truly fantastic support from my family and friends, I felt so alone and so afraid. Everyone was so hopeful, so sure that everything would be fine. I know now that it was their own fear and anxiety talking, comforting themselves as much as they were trying to comfort me. I had dealt with severe depression and anxiety all my life, and when I was diagnosed, I figured that I was well-equipped to handle my mental health through treatment. I was very, very wrong. After my first round of chemo was finished, I started looking for support groups and programs in my area. There were a few, but they were aimed at older women. When I went to them, I was often in a room full of women my grandmother’s age. They had kids and grandkids and long marriages, and I was at the beginning of everything, feeling like I was facing the end. I ended up feeling more alone than ever.

Eventually, I found the Young Women's Breast Cancer Awareness support group, and finally, finally I felt seen and understood. No one told me that I was too young for cancer. No one told me that I was young and healthy and shouldn't worry. No one dismissed my concerns about my fledgling marriage or the difficult decisions surround fertility. These were women in all stages of life, treatment, and disease, but who had all suffered the same unimaginable ill luck under 40.

YWBCAF enabled me to seek further help for my mental well-being. I realized how truly isolated I had become, how it was affecting not just me, but my husband and family, as well. I met other young women who talked openly about depression and anxiety and how to deal with it, including one who would truly help me change my life. Christine, a year older than me and diagnosed just a few days before I was, had almost the same cancer as I did, and was going through the same treatment. I had never met someone so willing to be vulnerable with strangers, or so dedicated to maintaining her physical health through treatment – she ran through chemo! I was amazed. Most days I felt like I barely had the strength to walk. 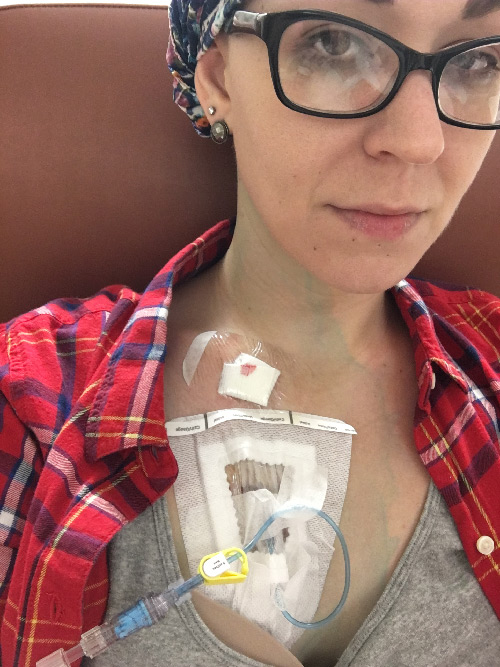 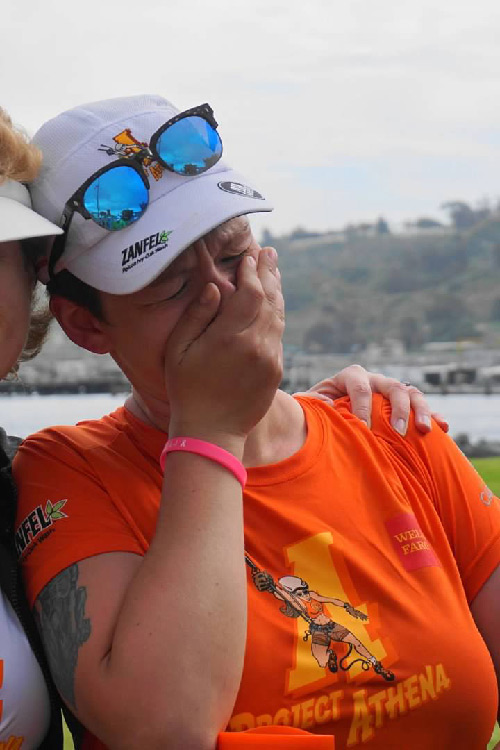 Through Christine, I was introduced to another amazing organization, the Project Athena Foundation (PAF). PAF is an adventure program for survivors of medical and other trauma, meant to push survivors to their physical limits and show them that their comeback can be stronger than their setback. I gathered my courage and signed up for a 52-mile walk down the California coast. Over the next six months, I trained virtually with a group of other survivors, starting with one-mile and two-mile walks, gradually adding weight and distance, until I could complete a 20-mile walk on my own, carrying a heavy pack with hiking essentials, with absolute confidence. I completed the walk from Oceanside Harbor to San Diego Harbor, along with some of the most resilient and amazing people I’ve ever met, in two days. It was the single most challenging and rewarding experience of my life.

YWBCAF and Project Athena both gave me healing that I didn't know I needed. Through YWBCAF, I found acceptance and support and the courage to admit that I couldn't fight this mental battle on my own. I was encouraged to seek counseling and medication, and never judged for it. Through Project Athena, I found that my body is capable of so much more than I give it credit for, even now. I learned not to see my body as a traitor that had ruined my life, but as something amazing that had and would continue to carry me through life, something that could withstand tremendous abuse and still come back stronger.