In August of 2011, at the age of 42, I went for my annual mammogram. This led to an ultrasound, which led to an immediate biopsy — all on the same day. During the ultrasound the radiologist walked in, put her hand on mine, and said “this is most likely malignant”. Life as I knew it would never be the same.

I was officially diagnosed with stage 2, ER/PR+ breast cancer. Because of my age, my family history and my Oncotype score, chemo was recommended. I began in September of 2011. Six months of grueling treatment ended in January 2012 and in February I had a bilateral mastectomy with reconstruction. Six weeks after surgery, I started Tamoxifen . “Go live your life, dear” were the exact words my oncologist said to me.

I was fully aware that I would never be out of the woods for a recurrence and knew enough that the word “cured” wasn’t a guarantee, but I put cancer in my rear view mirror and went about living my life with my husband and three children who were 13, 11 and 8 at the time.

Fast forward to March 2014, a urologist ordered a CT scan looking for kidney stones. A few days later I got the call that my urinary tract looked normal, but there was an incidental finding of two lesions on my liver and it was recommended I follow up with my oncologist. To say that I was shocked is an understatement. Unfortunately, my worst fear had now become reality when a biopsy confirmed that these tumors were indeed metastatic breast cancer. Fortunately, the cancer was contained in my liver, and hadn’t spread to multiple sites. Because of this, my oncologist referred me to a radiation oncologist, who recommended targeted radiation to one mass and the other mass was surgically removed. At this point, I was considered NED and started on Arimidex. 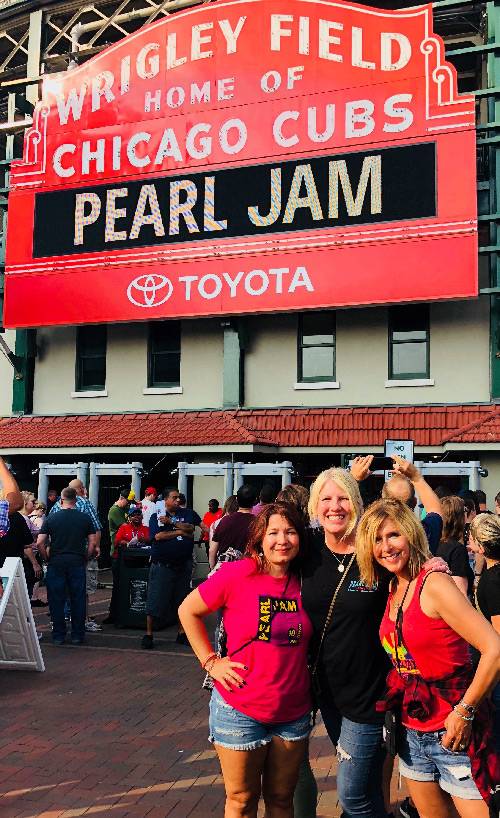 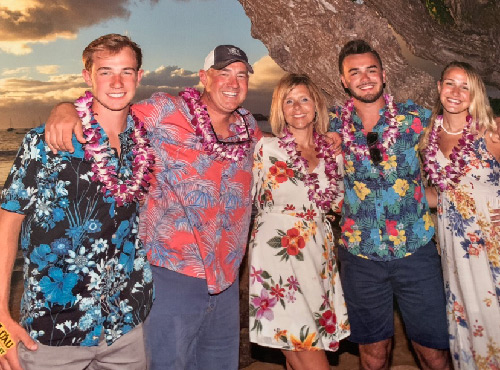 Having a diagnosis of stage IV, or metastatic breast cancer is life altering, not only physically, but mentally, to say the least My thoughts immediately went to my three children. Statistics say that the average lifespan of someone with MBC is 3 years. Would I be alive to see them graduate high school? How would they navigate the tough teen years if I were to die? More important, how do I even explain to my kids what this diagnosis means? The thought of my husband raising our children without me was gut wrenching. The depths of sorrow, grief and anxiety that I felt at that time were overwhelming.

I now began the “scan, treat, repeat” cycle of a stage 4 patient. Every three months, I had a CT scan and bone scan, to make sure the cancer cells floating around my body didn’t set up shop elsewhere. After 2 years being NED, I graduated to scans every six months. With each NED scan, I felt more at ease, and came to the conclusion that I needed to put those anxiety provoking, dark thoughts away and begin to truly live. For four years, my scans showed NED and I definitely lived my best life!

Unfortunately, in February of 2018 my time with NED ended when a chest wall mass and a few enlarged lymph nodes were found on a scan. To make matters worse, the cancer morphed from being ER+ to triple negative. This was a major setback and very difficult to come to terms with knowing that triple negative cancer tends to be aggressive and treatment is limited to chemotherapy.

I started on a chemo pill which worked for six months only. I spent hours scouring the internet investigating clinical trials with immunotherapy, knowing that this is the future of cancer treatment. In November of 2018, I qualified for a clinical trial using chemotherapy and immunotherapy after six weeks, the large chest mass was barely visible on scans. I endured seven more months of this lovely "cocktail" with low blood counts, extreme fatigue and nausea.

Despite this, my last scan in August revealed that the largest mass is no long active. I have one small lymph node present under the collarbone that we will treat with targeted radiation in the near future, (hopefully) but the rest of my body remains without cancer.

No one can prepare you for a diagnosis like this. Its complicated, unpredictable and affects the entire family. It is underfunded and its misunderstood. I have responded well to treatment…… so far. Ive been living with this disease for 5 years. I am beyond grateful to still be here and my wish is for more time — time for my husband and I to enjoy being empty nesters in a few years, time with my children, and time with friends to make more memories.

The harsh reality is that many of my friends in the metastatic community are not responding well to treatment. Although treatments are expanding and becoming more specific, they come with harsh side effects. This is one of the reasons funding for research is so important, but at this time only 7% of breast cancer monies are going to MBC cancer research.

As a very wise woman who recently passed away from this disease said "Metastatic breast cancer isn't harder or easier than many of the things that humans endure on a daily basis. There's a lot of bad out there in the world, but there’s a lot of good. Its all about finding the balance" Finding that balance is what I strive for every single day and hopefully for years to come. 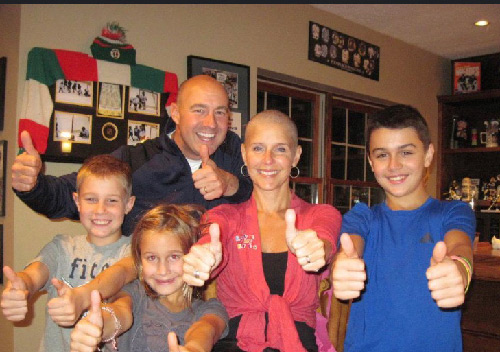