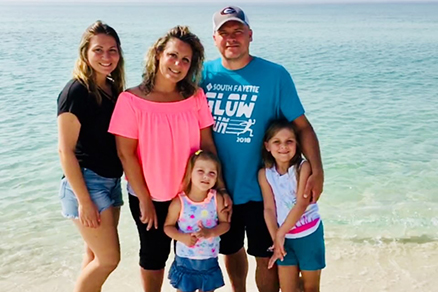 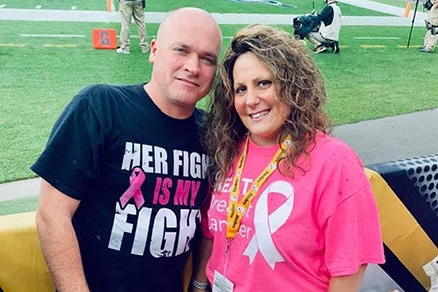 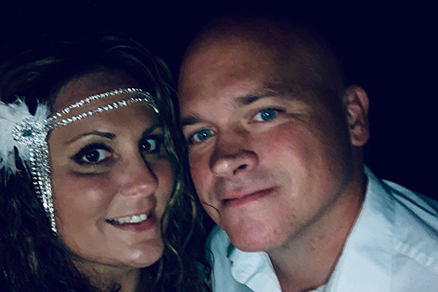 After tragically losing a baby during the second trimester in the summer of 2016, Kristin never totally felt like herself again. She also grew weary of the medical establishment. With the blessing of her OBGYN, she took a year or two off from seeing doctors. And that short amount of time was all it took for breast cancer to find an opening and to begin wreaking havoc on her body. She started experiencing symptoms in the months leading up to her diagnosis. She felt some pain in her shoulder. She wondered if her armpit felt swollen. She consulted me, as her husband, often. But it seemed like there was always a rational and more likely explanation for her symptoms than cancer. She had just joined a gym to get healthy and thought maybe she had pulled a muscle. We spent thousands of dollars at chiropractors, always thinking the treatments were helping. Plus she was only 39!

Nonetheless, unbeknownst to us, Kristin's disease was spreading. Eventually her right arm and hand, and lymph nodes in her neck became swollen. I remember her sending me a frantic text in JoAnn Fabrics one day because she had casually reached up, touched her neck, and felt a lump there for the first time. I literally drove to where she was, and we abandoned one of our vehicles in the parking lot to get her to the hospital. To our surprise, they admitted her and decided to do a biopsy on her neck. A few days later we got the devastating diagnosis of Stage 4 metastatic breast cancer. It was the Friday right after the 4th of July 2019.

After haggling with insurance over the necessity of a PET scan, and going out to buy a wig for when she would lose her hair, Kristin began regular chemotherapy treatments of Taxol in August. We always went to her appointments together and continued to fall deeper in love as a result of the impossible circumstances. As a young family, spending a half day at the hospital each week, just her and I—without all the noise of family life—was a blessing in a way. But in the eleventh week of her treatment, we discovered that the Taxol wasn't working when Kristin started to experience trouble breathing. Additional scans confirmed our worst fears and a Pleurex catheter was placed in her right lung. Kristin started immediate and extensive radiation right around Thanksgiving. The radiation provided relief from the swelling, but also took its toll.

After recovering from the radiation, Kristin's chemotherapy treatment plan was changed to GemCarbo right around the New Year. The GemCarbo worked better than the Taxol. When it came time for scans, the results were mostly positive, so the treatment was extended. A few weeks down the line, however, Kristin started to feel numbness in her legs. After debating about what this could be for a day or two, we went to the hospital where she was again admitted. The doctors ultimately figured out that her cancer had spread to her spine. A second more targeted round of radiation commenced immediately to treat the new cancer on her spinal cord. I do not remember exactly how everything happened, but it quickly became the case that Kristin was in a wheelchair and needed to straight cath. But we got her to all of her radiation appointments and prayed she would regain use of her legs and get back on chemotherapy for her underlying disease.

Before that was able to happen, Kristin was hospitalized again for breathing issues. An exact cause for why her lungs were so inflamed was never really conveyed to me, but her oncologist thought it could have been a corollary to the GemCarbo and radiation treatments. Steroids immediately helped clear the issue, but scans in the hospital revealed another even smaller spot on her spinal cord. Again, the recommendation was a third round of radiation.

By this point Kristin was really beat up. She was no longer walking on her own, and needed a breathing condenser for oxygen at home. She developed the worst rash on her chest, back, and neck that I have ever personally witnessed. Still, we went to all of the radiation treatments. By the last week, I was the one helping her up on the radiation table because she felt like I knew how to do it without causing her extreme pain.

After the third round of radiation, the plan was for Kristin to come home and rest, and take an oral chemo pill for a month before deciding on a new treatment that would hopefully cross the brain blood barrier, and not inflame her lungs. She got through one week of the oral chemo before she had to be admitted to the hospital again. Kristin was struggling to breathe. She was in the hospital for 5 days and everything seemed stable. When I visited her on Sunday night, September 6th, she started to complain of shortness of breath right before visiting hours were over. We had been down this road before. I suspected she would possibly be sent back to ICU. And that I would visit her there in the morning. So I left….never realizing I would never get to talk with her again.

Not even 20 minutes after I got home I got a call from one of the ICU doctors saying that her heart had stopped and she coded 3x. She was alive, but they strongly recommended that I come back down to the hospital. I literally couldn't believe what I had heard. I am not sure if I even said one word during that phone call. I had just saw her.

I raced back to the hospital and the first thing that happened when I got there was that Kristin coded again. I told the doctors I wanted them to do CPR. I had to see it for myself. I don't have any regrets about my decision, but it is a violent thing to witness. I knew the end was upon us, as I was watching Kristin get CPR, because she did not move a muscle. Meanwhile, at home, she was in so much pain at times that she would wince if I accidentally brushed up against her feet. It may sound strange to say, but she looked peaceful lying in the hospital bed; something I hadn't seen in awhile. When she coded for a 5th time, I told the doctors I couldn't watch her go through the CPR anymore, and they told me that it wasn't going to help. I accepted my beloved Kristin's fate and sat with her, and other family members, until the early morning.

I hate cancer and how it indiscriminately takes some of our most compassionate and loving people. Kristin leaves behind a legacy of kindness that earned her the admiration and appreciation of many friends. Everyone noted how she went out of her way to make them feel special. Kristin also leaves behind a family that adored her, including her mom, sister, and three daughters. While I consider myself very lucky for the time we spent together and the life we built, I am heartbroken and can only hope to take her best features and live them more explicitly, in my life, in her honor. The world lost another good one with the passing of Kristin. 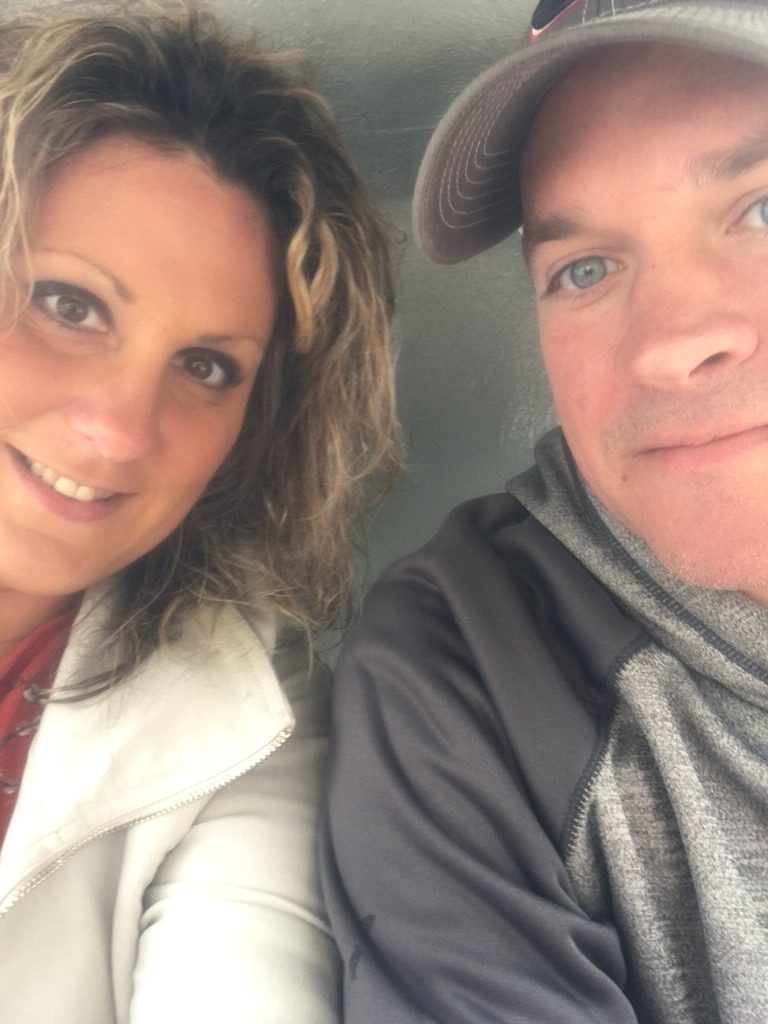