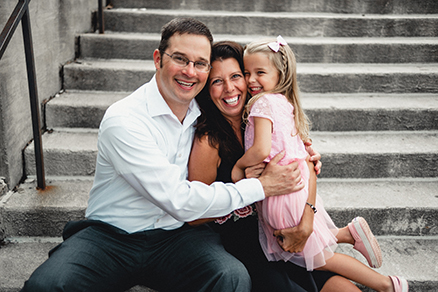 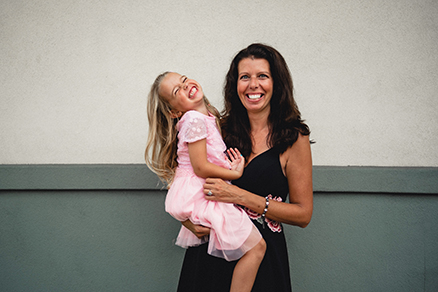 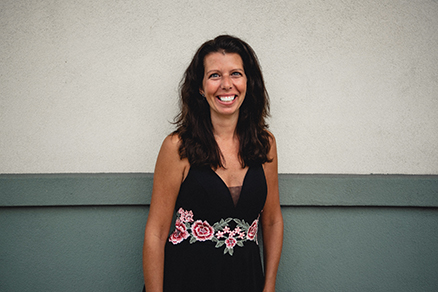 My name is Dana and I am a young adult cancer survivor.

I had three beautiful children and loved being pregnant but decided three kids completed our family. I had read an article about becoming a gestational carrier surrogate. I could not imagine being able to have children and wanted to help people in that position. I did some research and found a company that matched me with a wonderful couple in search of a surrogate to carry their child. The woman I would eventually become a surrogate for was unable to carry due to having cancer. This was my first introduction to cancer and its effects. I ended up carrying and delivering a beautiful baby girl for them. Everything went so well that I decided to carry one more child for them. We delivered another precious baby girl. The family is still, and will forever be, part of my life.

Several years later, I got divorced. I eventually met my soul mate, Mike and we welcomed a gorgeous baby girl to our family. My life was happy and complete. Then my Dad was diagnosed with Glioblastoma (terminal brain cancer). He was given about a year to live. He passed November 2017. That was the hardest thing I have ever been through in my life so far.

Soon after I had a nightmare that showed my own PET scan results "lit up", meaning I had cancer. I had never even seen a PET scan before or knew much about them. I immediately made an appointment with my doctor. They could not find anything and thought I was a little crazy. I was relieved and moved on until I found a lump in my breast a few weeks later.

On January 4, 2018, 51 days after my Dad passed, I was diagnosed with triple negative breast cancer (TNBC). TNBC is an aggressive, non-hormone-based cancer. I was 40 years old. My youngest daughter was 15 months old. Our lives turned upside down again, but this time it was my turn to fight for my life.

After many tests, I was told I needed 16 doses of chemotherapy and then surgery. I had four AC and 12 Taxol. I finished chemo on June 29, 2018. The chemo had shrunk the lump so much that I could not feel it anymore. All tests said that my lymph nodes were clear of cancer. Therefore, I was given the choice of a lumpectomy with about five weeks of daily radiation or a mastectomy without radiation. It was difficult to manage four children including a one year old with my husband still working. So, I chose to have a double mastectomy to prevent daily radiation and help reduce any chance of it coming back since TNBC is so aggressive.

The most difficult part of my journey has been the fear of my cancer returning. TNBC has a higher chance of coming back within the first five years. The fear started consuming my life. Doctors recommended many things, but the one thing that worked for me was creating a bucket list. I call it my "Living It" list. Concentrating on completing items on my list has made me change my focus to living!! I celebrate/count the day they removed the remaining cancer from my body. Therefore, I have just celebrated my second year cancer free!!

I am very thankful for my family, friends, support groups, and the many brave woman I have met through my cancer journey. Some of them, I hope, will be lifelong friends.

Catch me at a waterfall or #Outlivingit.

Remember "EVERY FLOWER MUST GROW THROUGH DIRT". 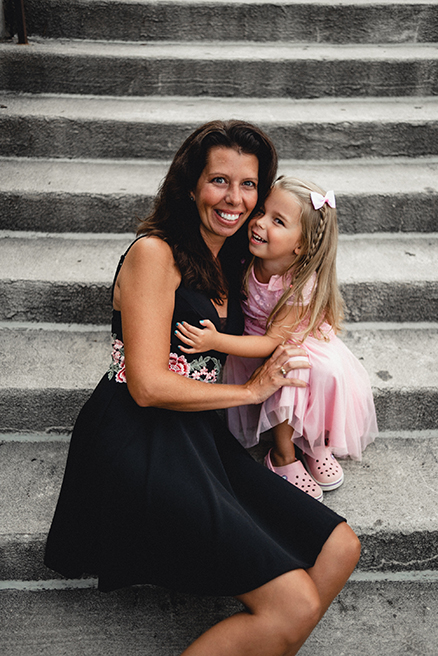